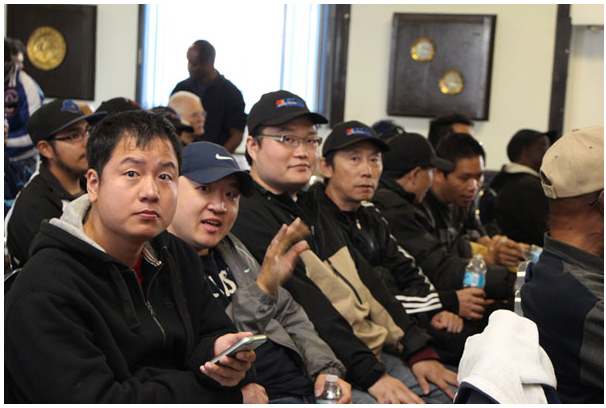 UFCW Canada Local 1000A members voted on September 20 to ratify a new contract with Ryding Regency Meatpackers Ltd, bringing to end a lockout that had spanned three weeks.

“In the face of adversity, our members showed tremendous courage, determination and resilience in coming together to achieve a fair contract for their future,” said Don Taylor, lead negotiator for the union’s bargaining committee. “The company tried to break the workers’ resolve and wear them down. Ultimately, they failed and were forced to back down on their unreasonable demands.”

The company wanted to impose a wage freeze, unrestricted use of temporary workers and eliminate short-term disability benefits.

The workers’ efforts resulted in wage increases over the course of the agreement and the protection of workers’ short-term disability benefits. Both parties also reached a resolution regarding on the use of non-bargaining unit workers.

“This victory is a testament to our members’ incredible solidarity,” Taylor said. “Together with the community’s support, we made fairness happen.”

The 24-hour picket lines began immediately after Ryding Regency locked the workers out on the eve of the Labour Day weekend.

“The longer we were out, the stronger we became,” said Steve Lavalle, a member of the union’s bargaining committee and the union’s Unit Chair at the facility.

Local 1000A members stood strong in the pouring rain, in the midnight hours, and through the heat-filled days.

“We feel we are like brothers— we became a family,” said Luis Abarca, a trimmer and a member of the bargaining committee.

Local 1000A thanks all those who supported our members during the lockout! Thank you for making a difference.